FIGURES IN THE SOUTHWEST

In 1964, Eric Berne self-published his book Games People Play: The Psychology of Human Relationships , because he couldn’t find a publisher who saw its potential. One year earlier, Penguin had published Frank Waters’ Book of the Hopi which he wrote at the request of traditionalist Hopi leaders who wanted their oral knowledge to be recorded for posterity. Berne had been working on his theory for a decade. Waters had spent three years among the Hopi gathering the necessary knowledge.

On 1 May 1896 Aby Warburg witnessed the Hemis Kachina Hopi ceremonial dance. This is generally considered as a landmark event in twentieth century intellectual history. Warburg’s Lecture on Serpent Ritual was first published in 1939. This lecture was delivered by Warburg in 1923 during his stay in an institution for the mentally ill to prove that his thoughts were coherent and that he could be released. In his lecture he drew on the observations he made during his visit to the Hopi all those years ago.

George Herriman is the author of Krazy Kat, a comic strip which appeared in many American newspapers from 1913 to 1944. Krazy Kat was rediscovered in the 1960s, and has the status of an underground comic, inspiring a whole range of people from Robert Crumb to Philip Guston. Herriman regularly staid in Kayenta (Navajo County, Arizona). Its landscape often forms the background for the trials and tribulations of Ignatz Mouse, Krazy Kat and Offissa Pup.

At the request of Leo W. Simmons, who paid him for the job and also acted as editor, Don Talayesva wrote the book Sun Chief: The Autobiography of a Hopi Indian (thousands of pages of unpublished material still languish in an archive). It was published in 1942. In France alone the book went through 29 editions between 1959 and 2012.

Around the age of twenty I was left in a state of great confusion after reading a full-page interview with a Hopi in De Volkskrant. He was apparently searching for the Pahana, the True White Brother who is an important figure in Hopi oral history. This White Brother, whose coming has been heralded for many generations, was now being actively searched, which was something new for the sedentary Hopi. His return had become a matter of urgency because the world was on the brink of disaster and only he could provide a positive outcome. The Hopi felt responsible for the entire world, and their ceremonies or dances, which are performed in annual cycles, strive to maintain the earth’s balance.

This news unsettled me, not least because I had a hangover. In hindsight I must have been on the verge of an alcoholic psychosis. I was able to bring down it to a delusion, which was no less worrying: I actually thought that I was the Pahana. Feeling the need to save the world is a classic manifestation of a psychosis.

Now I’m forty years older and sober, but I’ve always held a soft spot for the Hopi and I felt it was important to explore this complex subject in my work. 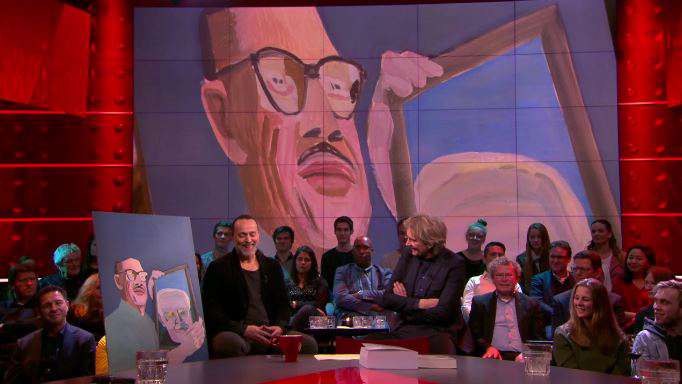