Rob Birza has undeniably already had an impressive career ; two solo exhibition in the Stedelijk Museum Amsterdam during his twenties, numerous exhibitions throughout Europe in the past four decades and he has executed a multitude of public commissions all over the Netherlands.

Though a first glance at his oeuvre might be confusing; playful takes on Stella’s shaped canvases and Schwitters-esque abstract compositions are alternated by colourful still lives with flowers and grand paintings depicting scenes of the Afghan war. Curator and director Ann Demeester of the Frans Hals museum pointed out while introducing his series from 2016 (Shifting Circles), that throughout this oeuvre there always one constant : the fragile line between abstract and figurative. In the Shifting Circles series (2016) this was pre-eminently displayed through a play between background and foreground and a system to which the circles of colour seemed to stick.

In his most recent series, titled Drifting Circles (2017), Birza has chosen to abandon symmetry and to take a more loose approach to his system of circles. The artist is not afraid to revert to a lazy and mischievous approach in order to undermine his own system and painting in general. Rebellion creates new opportunities and possibilities. It is precisely this type of anarchy that played a defining role in the development of abstract art. 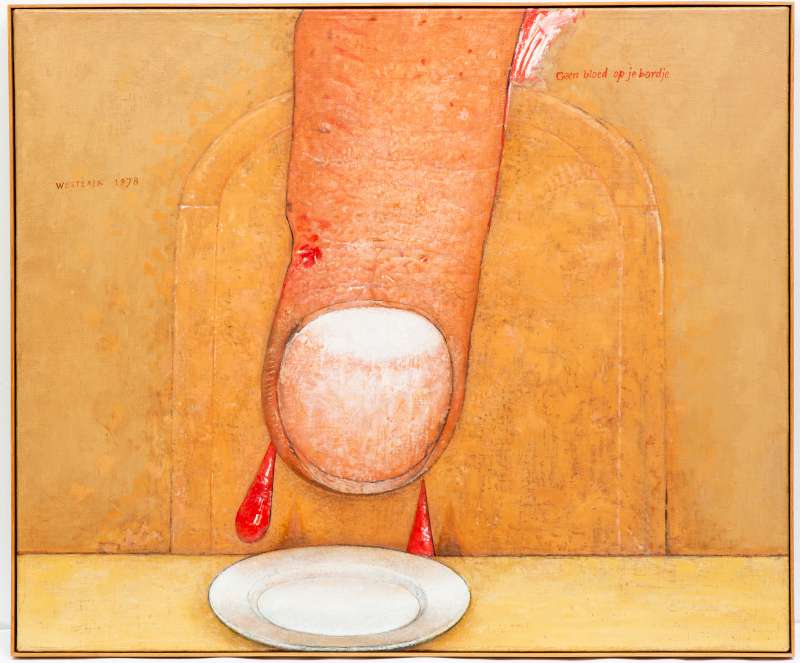 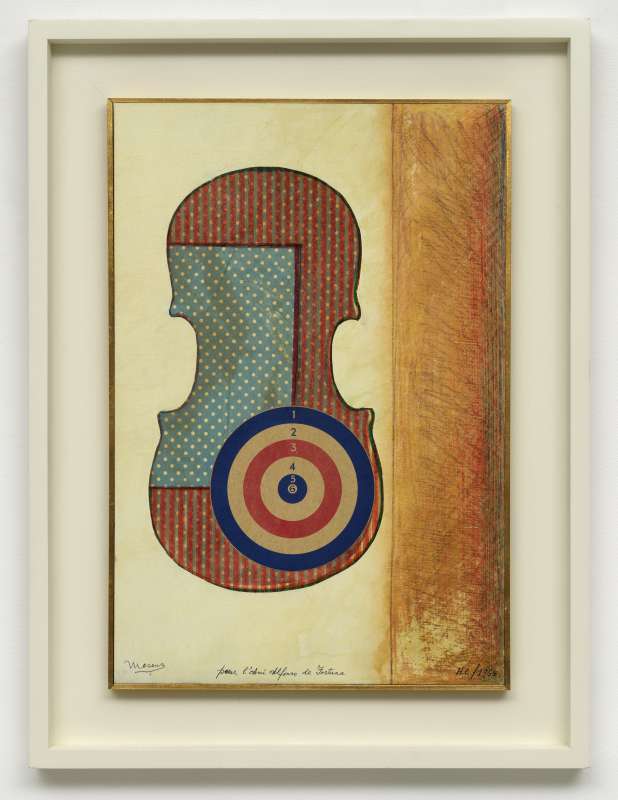 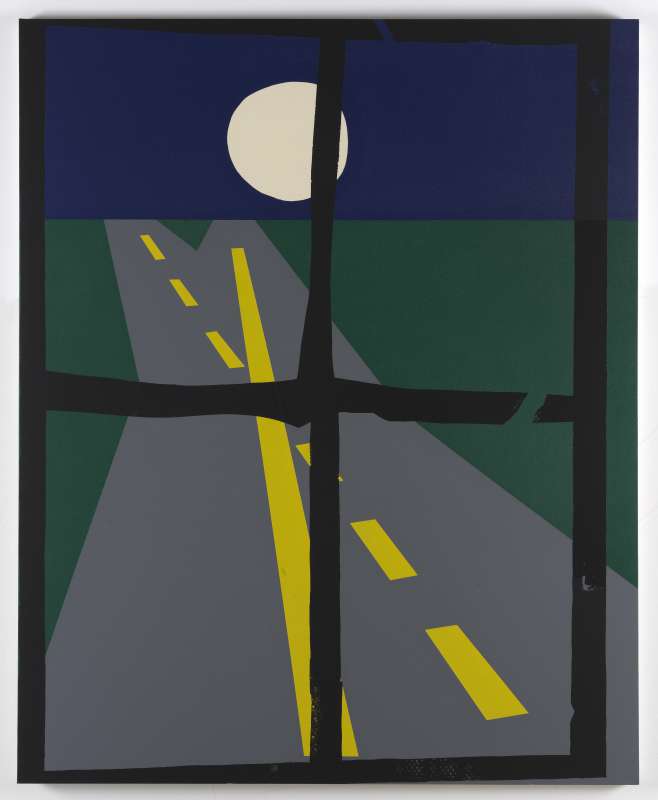 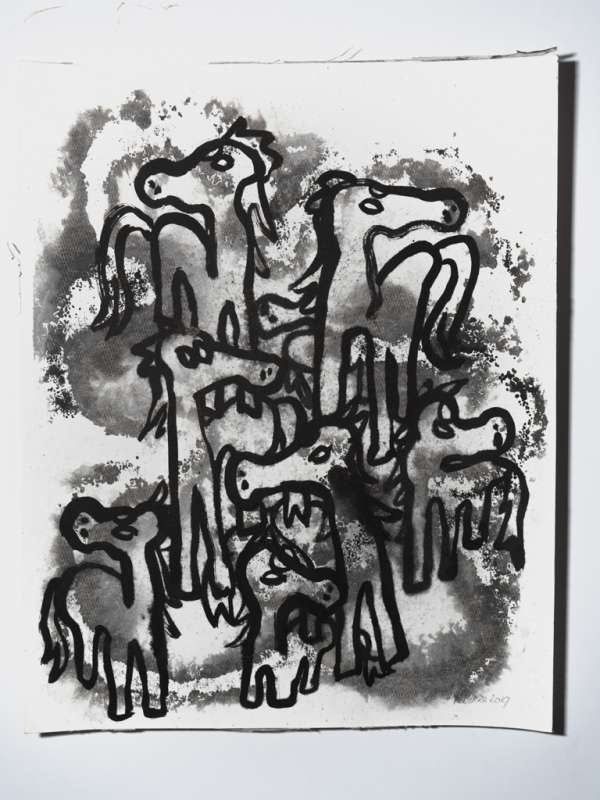 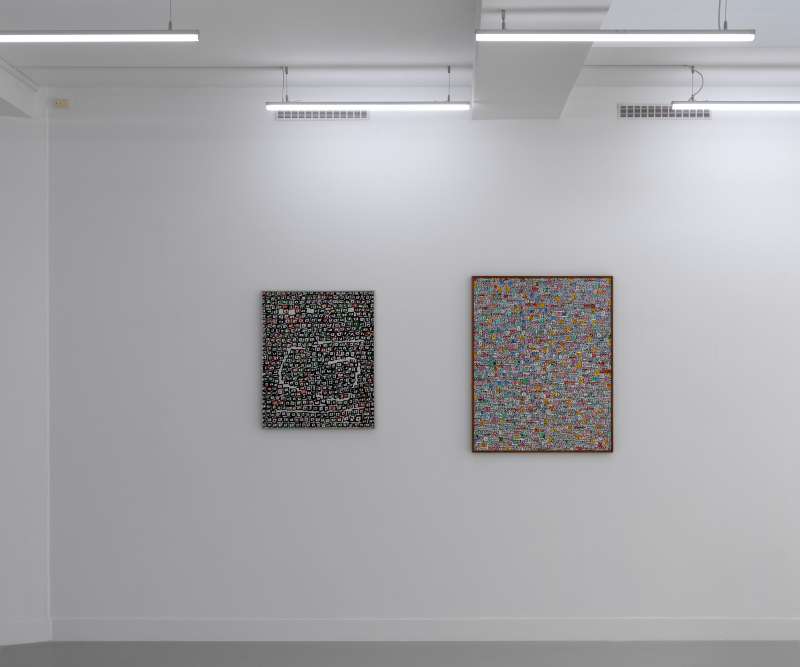 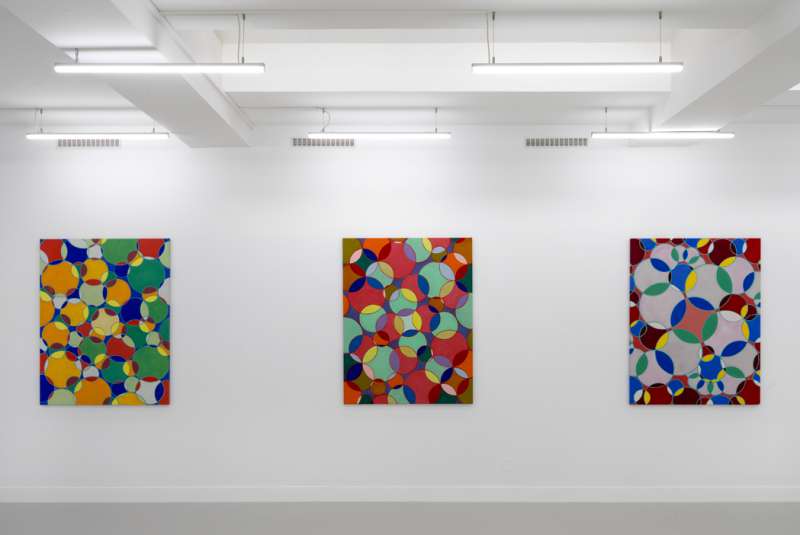 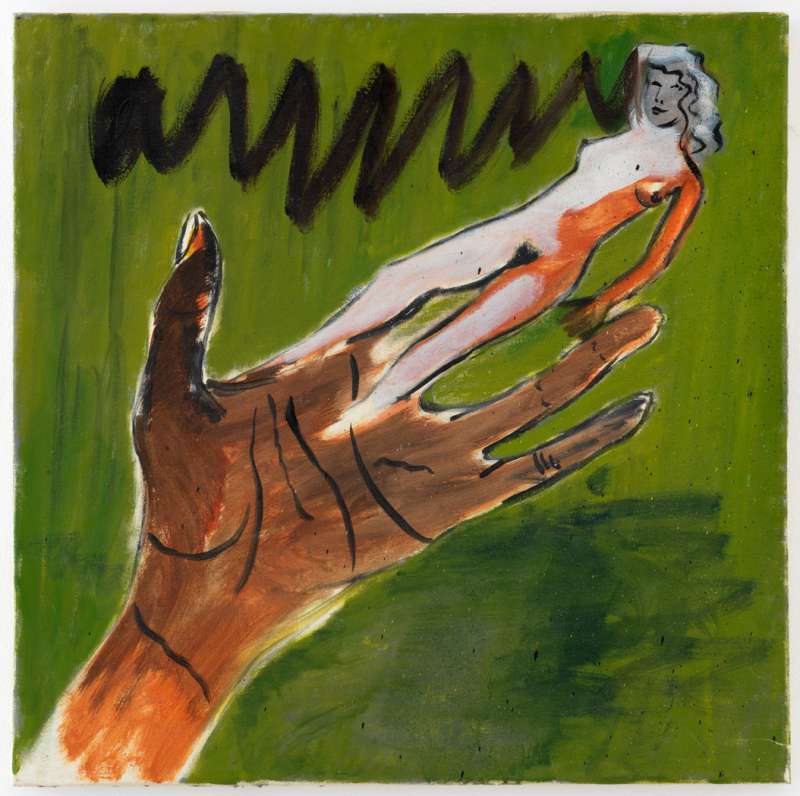 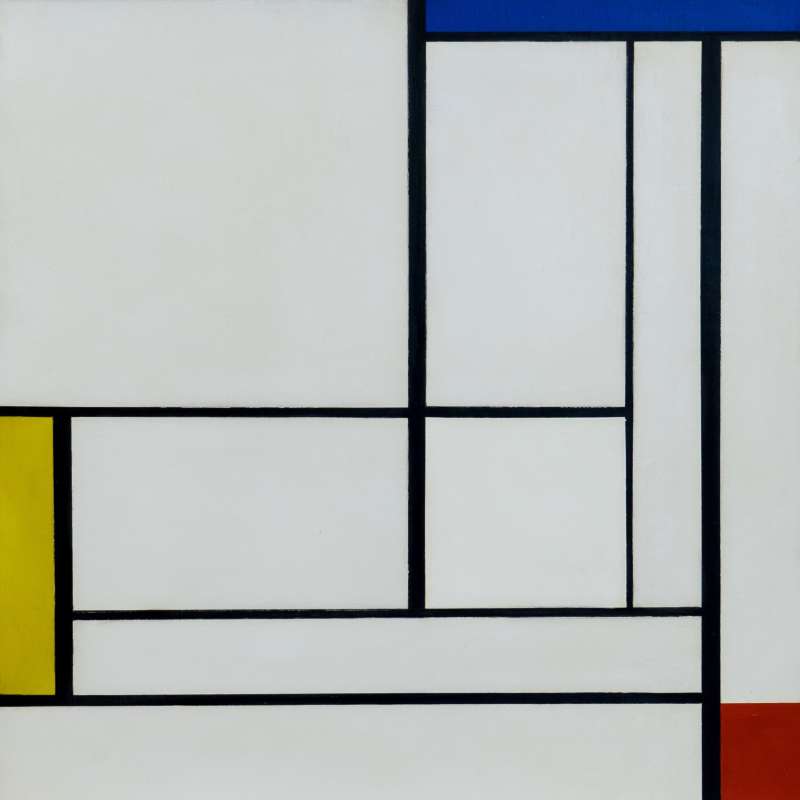 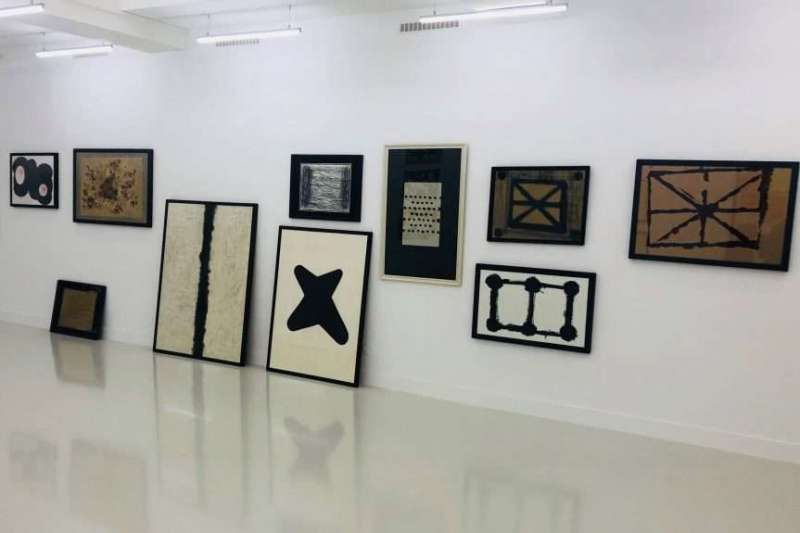 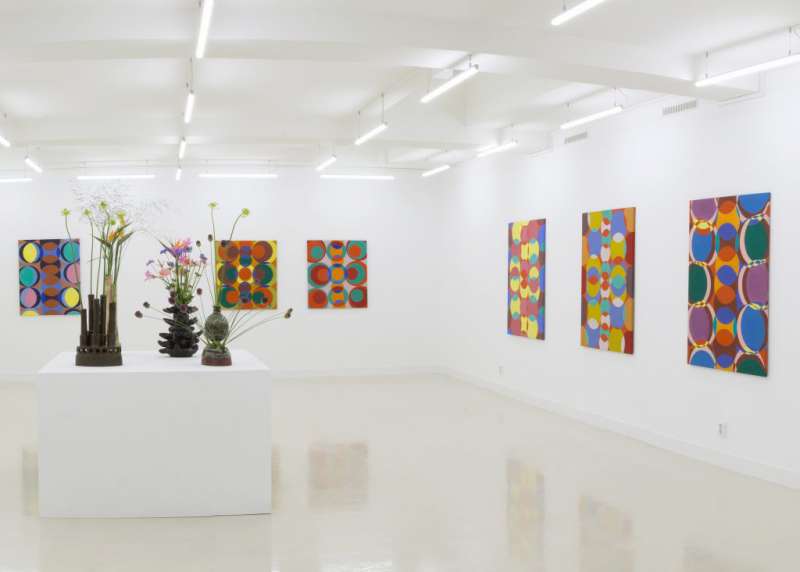 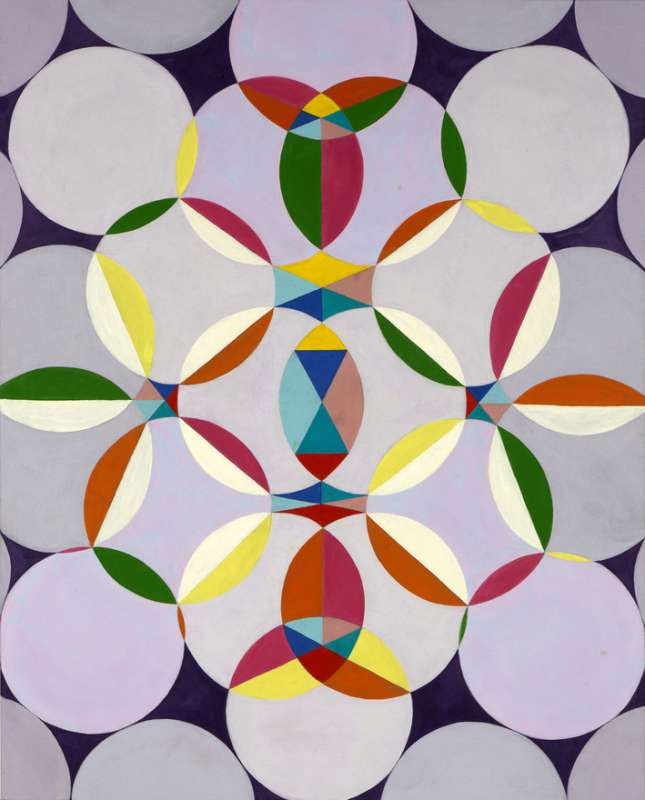 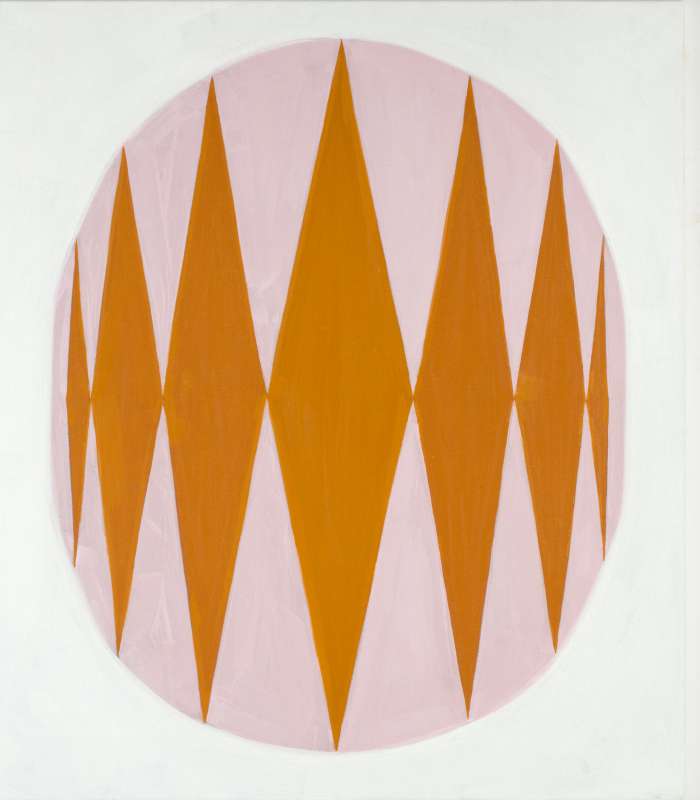 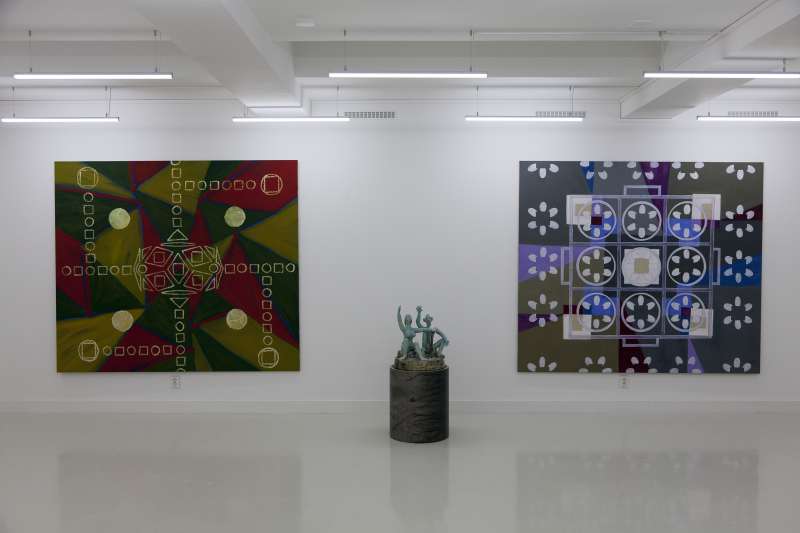